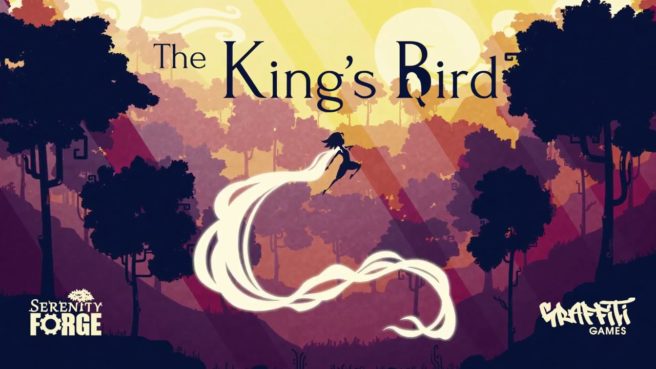 Serenity Forge and Graffiti Games have announced a Switch release date for The King’s Bird. The platformer is due out digitally on February 2, the two sides confirmed today.

Escape into a world kept secret by a tyrant, and discover the truth about your freedom. The King’s Bird is an artistic, momentum-based game that seamlessly combines precision-platforming with physics-based gliding.

A new yet easily accessible take on the precision-platforming genre.

Dynamic background music and sounds that change based on your movements
Text-less narrative told through visuals in motion
Five unique worlds to explore, full of vibrance and colorful silhouettes, with inspirations from ancient Mayan, Southeast Asian, and Roman cultures