The Rumble Fish 2, arcade fighter from 2005, coming to Switch 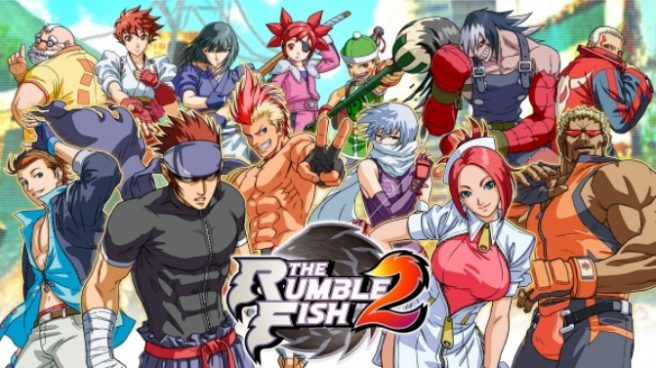 Today, publisher 3goo and developer Dimps revealed that it will release the arcade fighter The Rumble Fish 2 on Switch. A release is planned for this winter.

The game was originally developed in 2004 and launched the following year. This marks the first time that the series will be appearing outside of Japan.

The Rumble Fish 2 will feature a number of new features. Players can look forward to a 16:9 aspect ratio, a new Practice Mode, online battles with rollback netcode (though it’s unclear if this will be included on Switch), and a Gallery Mode with character art, music, behind-the-scenes content, and more.

Here’s an official overview of the game with further details:

The Rumble Fish is a 2D fighting game. The arcade version was developed in 2004. The arcade version of The Rumble Fish 2 came out in 2005, introducing new game mechanics and characters. It gained popularity with its sleek 2D visuals powered by S.M.A. (Smooth Model Animation), fascinating characters and strategic gameplay using 2 types of gauges. The game series has a cult following and is still played in tournaments. Worth noting the series has never been released outside of Japan.

At the close of the 20th century… A large-scale natural disaster struck the eastern area of a certain country. The disaster wiped out the financial sector and toppled high-rise buildings over a wide area, even as far as the main functions of the capital. This resulted in the loss of a staggering 158,000 lives.

At the dawn of the 21st century… Conglomerate PROBE-NEXUS, commonly known as Probe, begins reconstruction efforts in the eastern area of said country. Probe relocates its own base of operations to the ruined sector and builds a massive city run by the corporation. Lavished with colossal capital and cutting-edge technology, the modern-day Babylon is made up of skyscrapers that put the old high-rises to shame, the biggest shopping mall in the world, and recreational facilities one might mistake for a theme park. This was the dazzling birth of a symbol for the new century. It became the most essential place on the planet and was christened Zone Prime.

You can check out a story trailer for the game below.