The Stretchers also now out in North America 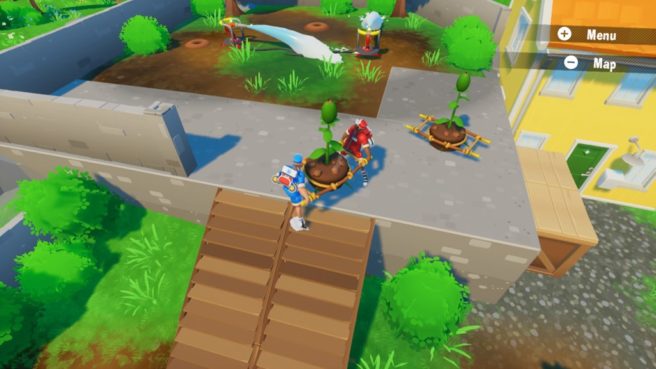 The Stretchers is officially available worldwide. Following the Japanese and European release, the Tarsier Studios-made co-op puzzle game can be found on the North American eShop.

A new comedic co-op puzzle game developed by Tarsier Studios is now available to download on Nintendo.com and in Nintendo eShop on the Nintendo Switch system. In The Stretchers, players take on the role of two medics who must work together to rescue Dizzies, troubled residents dizzied by the evil mastermind Captain Brains, in all kinds of wacky ways.

To rescue Dizzies, players will drive to each scene in their ambulance while breaking through walls, soaring through the sky and facing other perils along the way. Once they’ve arrived, players will need to pile Dizzies up on a stretcher (or grab them by their limbs) and bring them back to the trusty ambulance. Each player controls one of the two medics, so working together and passing a Joy-Con to a friend or family member to carry the stretcher, dodge dangers and overcome physics-based puzzles takes skillful coordination and communication.

Players can team up in local multiplayer using Joy-Con controllers or Nintendo Switch Pro Controllers (sold separately), or a combination of the two, to play, or even go solo, controlling both medics at the same time.

On top of rescuing dizzy citizens in need, the game offers several side missions that involve sawing down trees, building ramps, blowing up rocks with fireworks and even games of hide-and-seek. Players can also unlock additional hats, costume colors and furniture for their home base by exploring mission areas and the world map.

The Stretchers is now available exclusively on Nintendo.com and in Nintendo eShop on Nintendo Switch for $19.99. For more information or to purchase the game, visit https://www.nintendo.com/games/detail/the-stretchers-switch/.