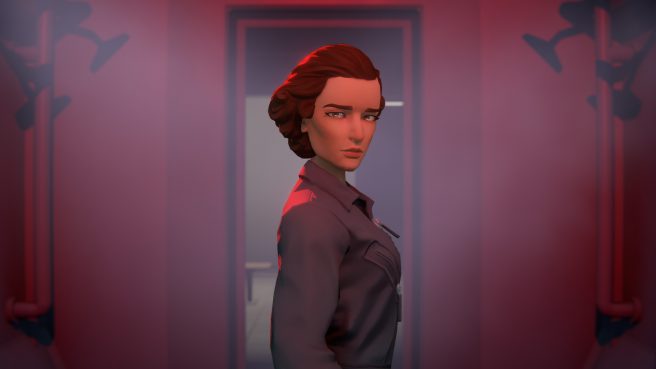 Annapurna Interactive and Variable State are putting Last Stop on Switch, the two sides have announced. It will launch for the system in July.

A video game about secret lives, the ties that bind and how magic can be found in the mundane.

– Donna, a spaced-out high-schooler who feels trapped by her stifling home life and her overprotective big sister. Away from home, Donna seeks teenage thrills with her friends Becky and Vivek, but gets more than she bargained for when the trio become unexpected kidnappers in a game of amateur detective gone wrong.

– John, an overworked middle-aged single dad. Burdened with debt and the pressures of being an only parent, John jealously pines after the free and easy life of his twenty-something bachelor neighbour, Jack. When the pair unwittingly fall foul of a vengeful stranger, a cursed artefact threatens to transform their lives forever.

– Meena, a ruthlessly ambitious professional who struggles to find the same satisfaction with her family that she does in the thrill of her work. As Meena vies with an upstart colleague for a crucial promotion, something ancient stirs in the basement beneath her workplace.

Last Stop is fully voice acted, featuring hours of dialogue and a voice cast of dozens, with performances from some of the brightest talent in the UK today, including rising star Lulu Simpson as Molly Smith.