Thomas Was Alone coming to Switch 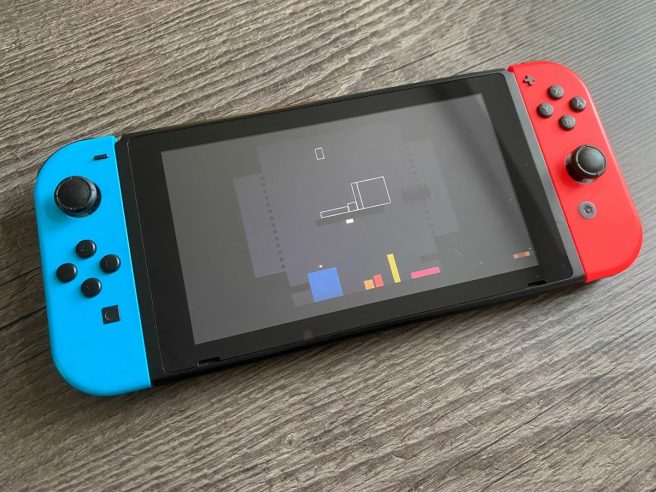 Thomas Was Alone, Bithell Games’ minimalist 2D platformer that previously released on Wii U, is now heading to Switch. Creator Mike Bithell confirmed on Twitter a few minutes ago that Ant Workshop is assisting with the port.

Here’s some information about Thomas Was Alone plus a trailer:

Thomas Was Alone, and then, Well, he Wasn’t.

Thomas Was Alone is an indie minimalist 2D platformer about friendship and jumping and floating and anti-gravity. Guide a group of rectangles through a series of obstacles, using their different skills together to get to the end of each environment.

Thomas Was Alone tells the story of the world’s first sentient AIs, and how they worked together to, well, not escape: Escape is a strong word. ‘Emerge’ might be better. ‘Emerge’ has an air of importance about it, while keeping the myriad plot twists and superhero origin stories you’ll discover under wraps. We didn’t even mention the bouncing. That’d be overkill.

– Beat 100 levels, and uncover the story of the AIs.
– Utilize the unique skills of 10+ characters.
– Immerse yourself in David Housden’s critically acclaimed procedural score.
– Chuckle along to Danny Wallace’s narration.

Thomas Was Alone will launch for Switch in Q1 2021.