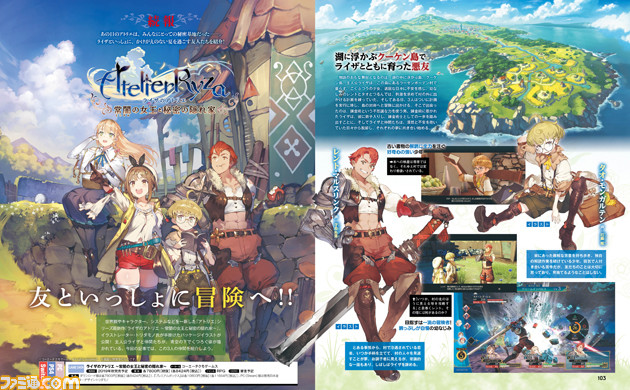 As part of this week’s issue of Famitsu, some new scans have come forth for Atelier Ryza that reveal three new characters.

Additionally, new story details have surfaced as part of Gematsu’s translation of the article. Check out the information below.

The main setting is Kuken Island, which resides in the middle of a lake. Ryza is an ordinary girl who lives on the island’s Razenbozen Village. Together with her childhood friends Lent and Tao, she sets off on a journey outside the island. There, she meets a male alchemist, who takes her on as an apprentice, and takes her first steps into the world of alchemy. Her friends also begin to face their own dreams.