tinyBuild experimenting with a Switch version of Kill It With Fire 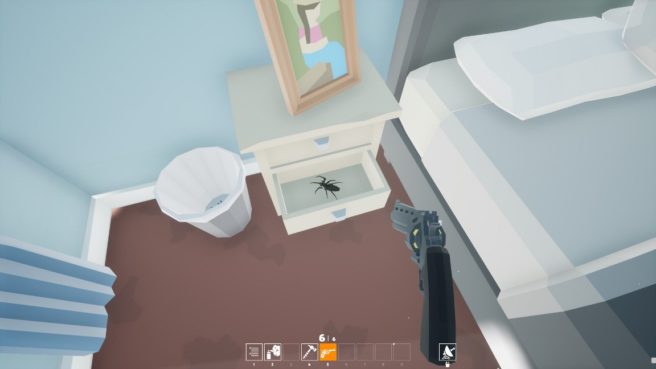 Kill It With Fire, “a first-person action game about hunting spiders and causing collateral damage”, may have a shot at landing on Switch. Publisher tinyBuild posted a video this week showing a technical test for the game running on the platform in portable mode. Before now, there hadn’t been any discussion regarding a potential Switch port.

We’ll keep an eye out for a possible announcement in the future of Kill It With Fire coming to Switch. For now, learn more about the game with an official overview and Switch video below.

The spider – mankind’s most ancient and deadly nemesis. As a licensed Kill It With Fire exterminator, it’s time to fight back! Assemble your arsenal of increasingly excessive weapons, track spiders across suburbia, and burn everything in your path!

To defeat spiders you must exploit their one weakness: FIRE. Or bullets. Or explosions, throwing stars, gettin’ smushed by stuff…pretty much anything, really. But that doesn’t mean it’ll be easy – first you’ve gotta find the spiders. Use state-of-the-art arachnid tracking technology to pinpoint your quarry’s location among hundreds of potential hiding spots – then, torch everything and smash the spider with a frying pan after it runs out. It’s the only way to be sure.