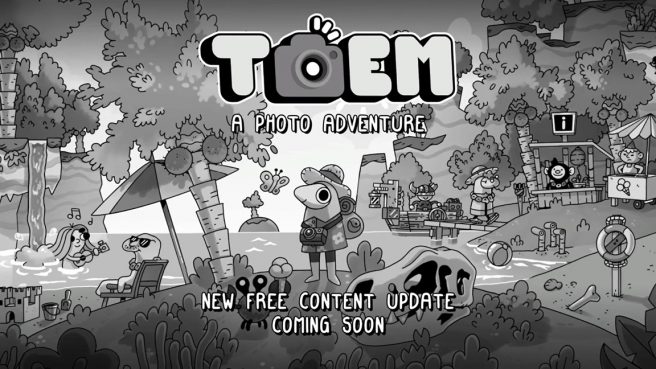 Original (9/12): In celebration of TOEM’s first anniversary, Something We Made is readying a new update for the game that will add the brand new Basto region.

This is said to be the game’s biggest region yet. It features new quests, secrets, mini-games, and animals to photograph.

All players will be able to access the update for free. The region can be unlocked upon completion of the main game by going back to Homelanda and talking with grandma.

Here’s a trailer showing off the Basto region update for TOEM:

The new update will initially be available on September 16, 2022 on PC. For Switch players, it’ll be out “soon after.”

TOEM originally released for Switch on September 17, 2021. The game can be purchased on the Switch eShop.

Source: Something We Made PR

Update (10/13): The anniversary update with Basto region is now live on Switch.

More: Something We Made, title update, TOEM