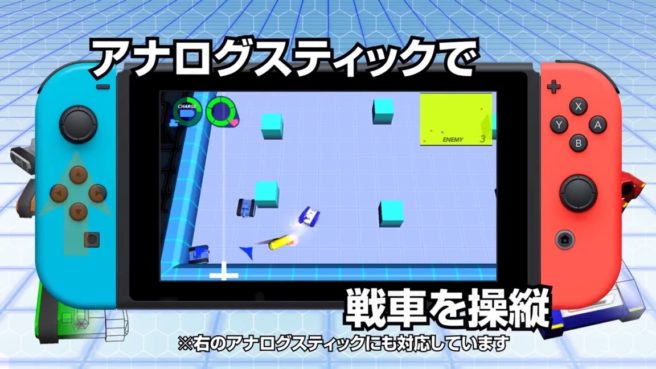 Without any prior notice, Touch Battle Tank SP has made its way to the Japanese Switch eShop. It’s out now for 500 yen.

A few different Touch Battle Tank games have been made for 3DS. On Switch, Silver Star Japan has included some new features like an enemy radar and splitting up normal / extra missions into separate categories (meaning you don’t have to clear normal missions to access the extra ones).

View a trailer for Touch Battle Tank SP on Switch below.