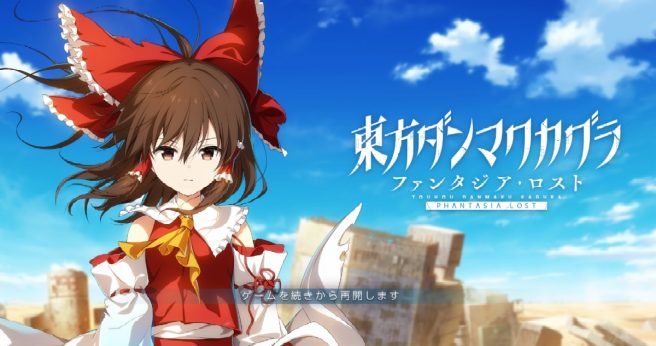 Unknown X has confirmed that Touhou Danmaku Kagura Phantasia Lost will be made available on Switch. The title is due out sometime in 2023.

Touhou Danmaku Kagura Phantasia Lost is a rhythm game set in the Touhou Project universe. The Switch version was secured via a Campfire Japanese crowdfunding campaign, which achieved its 15 million yen goal within 30 minutes and earned more than 80 million yen to date. The campaign is actually still happening and one of the upcoming goals includes a physical version.

Unknown X is planning a new theme song by Kishida Kyoudan & The Akeboshi Rockets x Kayoko Kusano. Fans can also expect more languages and an implementation of both the Mitama Card Index and a Music Cover Art Index within the Switch version.

Wide Variety of Music: In addition to popular arranged songs from Touhou Project can also be played.

Story Mode: In this mode, players travel to collect lost memories (called “Mitama Cards”) in order to restore the damaged Gensoukyou. By playing the “Danmaku Kagura (rhythm game),” which is the key to recovery, players will obtain the “Mitama Cards” and uncover the hidden truth one by one.

Free Mode: This mode allows you to freely play the songs unlocked in Story Mode.