Trivial Pursuit Live! 2 gets surprise release on Switch from Ubisoft 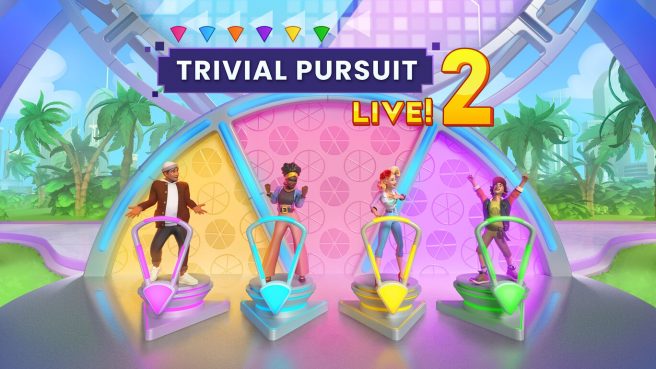 Trivial Pursuit Live! 2 has just landed on Switch as a surprise release from Ubisoft. If you’re interested in the game, you can pick it up now digitally on the eShop.

Here’s what to expect from the game:

Take your place on stage to showcase your knowledge and face off against friends and family to collect as many wedges as you can to take home the win! Challenge other plyers from all around the world or compete against your streaming viewers on Twitch. With hundreds of new questions, adapted level of difficulties, and a diverse lineup of characters, everyone can join the party and enjoy the thrill of a fast-paced TV show experience.

Ubisoft released the original Trivial Pursuit Live! on Switch in 2018. It has also made other game shows available, including Family Feud, Jeopardy, and Wheel of Fortune.

Trivial Pursuit Live! 2 is priced at $19.99 on the Switch eShop. There’s no word on a physical version at this time.