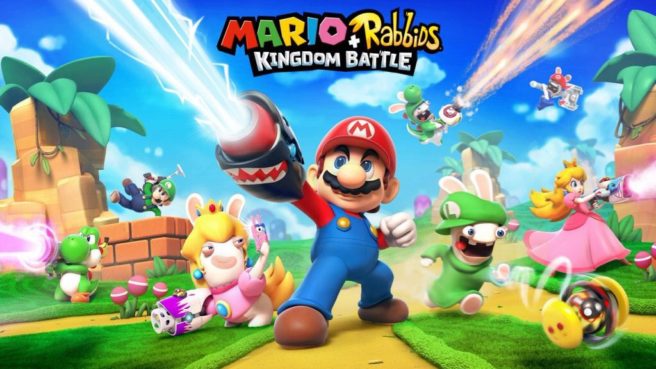 First up, a retail version of Mario + Rabbids Kingdom Battle Gold Edition could be in the cards. That’s listed for release between April and June of this year. The Gold Edition has been previously available on the eShop.

As for the Donkey Kong DLC, while we haven’t heard anything about it since the January Nintendo Direct, we do have a small update. Ubisoft lists it as “Donkey Kong Adventure”. This one also has a release window between April and June. That makes sense since the DLC was given a Spring 2018 release previously, but it’s now pretty much confirmed again to arrive by the end of June.

Here’s a look at the relevant page from Ubisoft’s report: 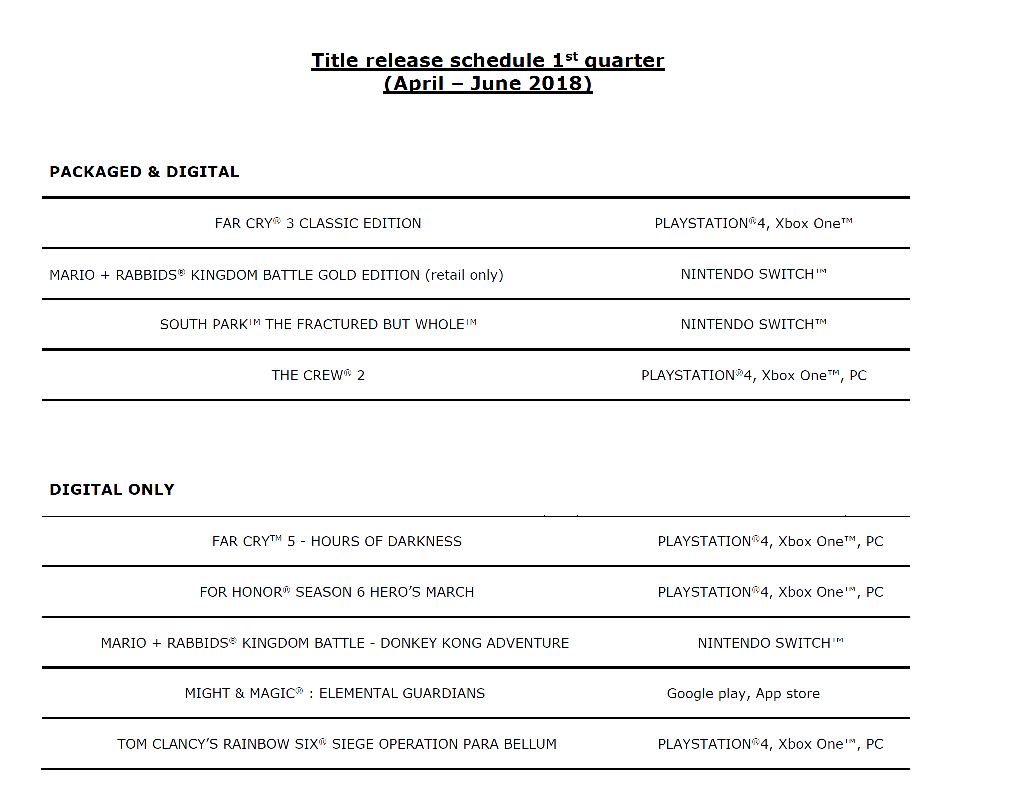