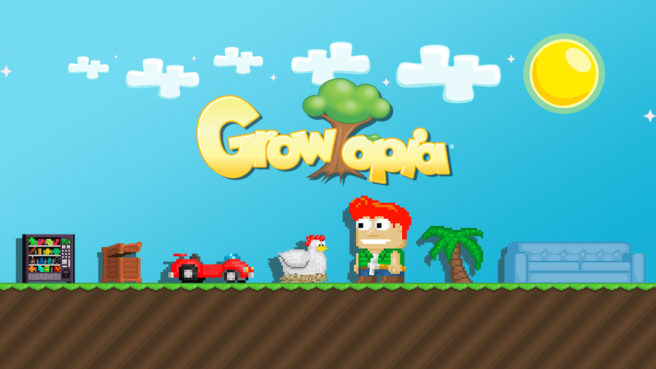 Last month, a listing for a Switch version of Growtopia was spotted in Taiwan. It’s now been officially confirmed that Ubisoft is bringing the free-to-play sandbox MMO to the eShop.

In case you missed our previous coverage, check out the following overview and trailer:

Welcome to Growtopia, the world’s most creative free-to-play sandbox! Growtopia is a popular MMO game where everyone is a hero! Play together with wizards, doctors, star explorers, and superheroes! Discover thousands of unique items and build your own worlds!

Join our vibrant community of players who are waiting for you to join and have fun!

Create your unique character to become anyone! From space knight with a light saber to a noble queen with your own dragon!

Play thousands of mini-games generated by other players! From parkour and races to PvP battles and ghost hunting!

Nintendo’s website actually lists Growtopia as having been released yesterday. However, it doesn’t appear to be live just let. We’ll give you a heads up when it’s available.