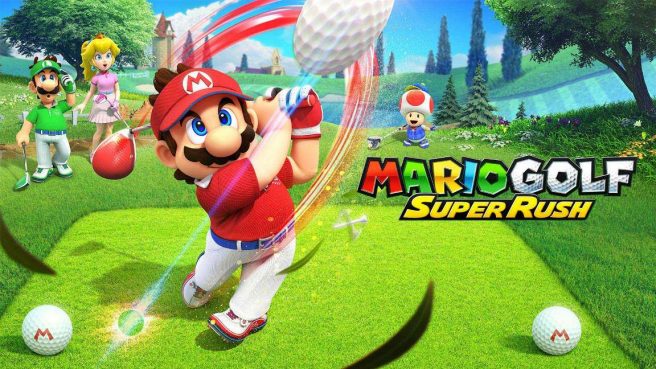 Original (6/27): This week’s UK software sales are in, and it includes the debut of Mario Golf: Super Rush.

Nintendo’s sports game managed to come in at #1, with sales 17.5 percent higher than Mario Tennis Aces. GamesIndustry does say that Super Rush “had a relatively modest launch for a Switch release”.

There are a few other debuts as well. Olympic Games Tokyo 2020: The Official Video Game makes its first appearance at #11, with the sales breakdown being 51 percent for PS4, 29 percent for Xbox One, and 21 percent for Switch. Alex Kidd in Miracle World DX is listed at #17 with 41 percent of sales on Switch, 33 percent on PS5, 16 percent on PS4, and 10 percent on Xbox. We should also mention that the new Switch version of Tony Hawk’s Pro Skater 1 + 2 boosted the title to #29 this week.

Here’s a look at the best-selling games in the UK last week: