Undertale creator on the games that served as inspiration, changes during development, and more 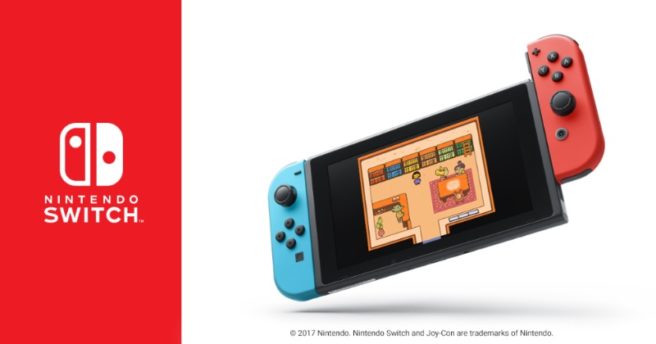 Nintendo has shared a new interview with Undertale creator Toby Fox. Topics include the games that influenced him (and plenty of talk about EarthBound), what changed during development, and more.

Undertale is finally available for the Nintendo Switch system. Please share your thoughts on the launch!

It’s wonderful to finally have a game on a Nintendo console. I was practically raised on the Super Nintendo. You know, like how people are occasionally raised by wolves. It was nothing but me and Mario out there in the wild, howling at the moon. Naked. Completely naked.

What made you decide to develop Undertale?

I hit the random button on Wikipedia and came up on the article about arrays (basically a list of variables in programming). Learning that those existed made me realize that I could make some kind of text system. After I made that, I started to make a game. So it was totally arbitrary.

I found the ACT and MERCY commands very interesting. What influenced you to include this system in the game? In addition, what’s the theme of the game?

The ACT and MERCY commands were inspired by Shin Megami Tensei. I played just a bit of that game and loved talking to the monsters in it. Since I liked it so much, I decided I wanted to make a game where that was actually the main focus.

I guess you could say the theme is “determination,” but you could also say it’s “hang out with monsters and try not to cry.”

Didn’t you say before that you were influenced by Japanese games?

I’m influenced by every game I like – for example, EarthBound, Shin Megami Tensei, Mario & Luigi, Touhou Project, etc. I guess as a specific example, I really liked how Metal Gear Solid had all these strange, game-breaking moments within the series. It feels like it’s saying, “You don’t have to follow the rules… actually, it’s more interesting when you don’t.” And, “The game design can be part of the story, too.” So thanks, Hideo Kojima. Though, you probably aren’t reading this.

What games are you playing now?

On the plane over here I just finished playing Celeste. It’s a really great 2D platformer with a lot of polish. If you like challenging games even a bit, I highly recommend playing it. The director of the game was actually part of the GameMaker community a very long time ago and started off by making a platforming game called “Jumper,” which I really liked as a kid. It feels like that same creator has taken his years of experience making challenging single-room paltformers and made like… a perfect platforming crystal using those abilities. Because of that, I don’t think anyone else in the world could have made this kind of game…

Ah, am I hyping it up too much? It was pretty good.

Did you enjoy your stay in Kyoto?

Kyoto was fun. I don’t know if this is appropriate to say, but going to Kyoto always reminds me of Mystical Ninja Starring Goemon due to the classical Japanese feelings of a lot of buildings. (There’s even a McDonalds with a Japanese-style roof…). So, walking around town, the music plays in my head the whole time, especially the town themes. That’s what Kyoto is like.

I wasn’t able to eat too many Kyoto specialties this time, but my friend did give me a Pochi House (the sweets that look like the dog that come in a house). It was shocking how cute it was. You can even open the door and see the dog smiling inside. I wanna live in a house just like that. It’d be great to lie around and be filled with red bean paste.

Could you please tell us about the special elements that you added for the Switch version of Undertale?

Well, I don’t like people to get too excited and then disappointed, so I’ll just say… for starters, you can’t donate to the Dog Shrine anymore. Wait, that’s actually a negative, isn’t it…

Anyway, I think if you go back there after Hotland, you’ll quite like what you find, meow meow.

Could you please tell us about your first encounter with the game, EarthBound?

It was some kind of gift for my other brother. Like, Christmas or a birthday or something. I remember playing the game and learning how to read the words within it… I think how I discovered EarthBound is pretty normal; it’s really the things later that were more interesting.

Another memory I have is, as a kid, I distinctly remember sitting in the basement and reading the strategy guide in the dark, and my mom telling me reading in the dark was bad for my eyes. I guess it’s a bit related, but the Nintendo Player’s Guide for EarthBound is probably the best one ever. Besides having all sorts of info about the game (which isn’t always the most accurate, lol) it’s filled with images of the clay models (which I loved looking at) and photos that represent the areas in the game. There’s even fake facts about each area, like the population of Onett (3500 people, 2 dogs) and stuff like that. You can actually check it out online for free on Nintendo’s website. I highly suggest taking a look through it.

Anyway, I wanna make a strategy guide with clay models in it someday. And, I hope then some kids can read it and have extremely arbitrary, useless memories of their parents telling them not to read in the dark. That’s all.

What were the biggest changes made while developing Undertale?

Since I made up so many things as I went along, you could say that a huge amount of the game didn’t come out as expected (or maybe there was no expectation at all, haha). Generally, as I got further in the game, it was more “according to plan” though.

There weer many things that were changed… well, the most significant change, was first of all, I had thought that at the beginning, it would be impossible to SPARE Toriel. As in, you would have to kill her… However, after thinking about it for a brief moment, I decided, “Wait… that’s too sad! Why does she have to die!? It’s not worth it at all!” That’s when I realized, “What if no one has to die at all!?” Before then, I was thinking that there would be some cruel point where the player would be forced to kill someone to progress.

Pretty good change, huh!? It would have been a pretty bad game if I did that! Don’t worry if your first idea isn’t perfect, kids!

What do you enjoy about indie games?

It depends on the game, but what’s generally great about indie games, is that because they’re a smaller, more focused expression, they won’t be restricted by the oversight of a company or anything like that. They are able to do crazy things – or things that only people that were huge fans, or people who were outsiders to games – can do. We can see new perspectives that aren’t beholden to anything, that come from passion and curiosity. AAA games can have aspects like that too, but depending on the company, there can be difficulties.

Is there anything consciously in your everyday life that helps with making video games and/or composing music?

I usually think of good ideas in the shower. So, try to take a shower every so often.

Besides that, I’m not a very good developer, so I don’t have any other advice except that it’s OK if you feel incompetent, as long as you can complete your game. Make sure your goals are realistic and be kind to yourself. Life is more precious than making games.

In closing, could you please give a message to our readers?

Well, if anyone out there is being raised on the Switch, I hope my game can be one of the wolves that teaches you how to survive. Except, instead of a wolf, you’d be raised by a little white dog, I guess… I don’t know if you’ll learn anything good, but it has a cute howl…

In closing, thanks for buying Nintendo Switch, and thank you to those who are interested in Undertale. Special thanks to those that already bought Undertale and plan to buy it again for some reason. You guys are the MVPs of the sport of wolf survival.