VA-11 HALL-A seems to be coming to Switch 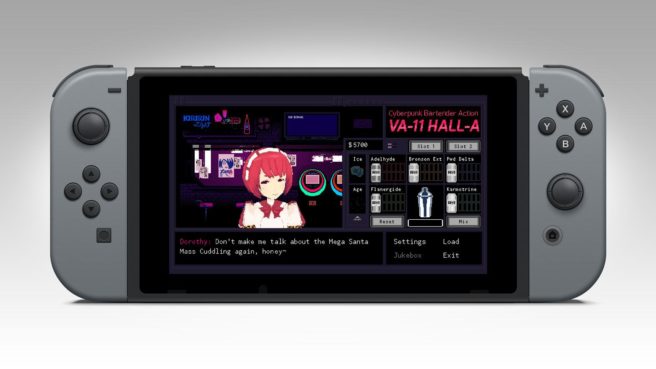 We originally thought that VA-11 HALL-A would be coming to Switch around a year ago. That didn’t happen in the end, though it looks like a port is now going to happen after all.

Kiririn51, artist and designer at Sukeban Games, has indicated that plans for a Switch version are in motion. The following details were shared:

“VA-11 HALL-A: Cyberpunk Bartender Action is a booze em’ up about waifus, technology, and post-dystopia life.

You are a bartender at VA-11 HALL-A, affectionately nicknamed “Valhalla.” Although it is just a small bar downtown, it attracts the most fascinating people this side of dystopia. Keep your clients lubricated and you will be made privy to the most interesting stories.”