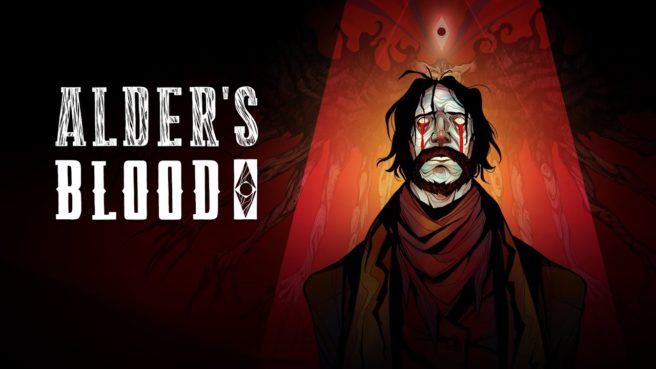 No Gravity Games has announced that Alder’s Blood, a Victorian-Western stealth tactical game, is releasing on Switch next month. The title’s launch is currently scheduled for March 13.

We have the following overview and trailer for Alder’s Blood:

Alder’s Blood is a turn-based, tactical stealth game with a dash of strategy. Gamers take on the role of the Chief of Hunters – leading a group of perfectly trained and highly skilled, professional monster slayers. The Hunters carefully plan their attacks, sneaking in the shadows until they can feel the nasty breath of the monsters they set their sights on. Quick, quiet, and deadly, Hunters overcome their enemies with the use of tactics, specialized gear and dark arts. In one-on-one encounters even the most experienced and skilled Hunter does not stand a chance facing a beast. For this reason joining forces with other Hunters and valuing tactics higher than muscles is crucial for staying alive. These terrifying monsters can easily detect Hunter’s presence by their scent, smart hunters monitor wind direction, avoid being noticed, and prepare deadly ambushes. A good Hunter knows that his hunting tools are as important as his weapons, and be sure to make good use of the sophisticated technology and dark artifacts at your disposal. But remember whatever tactics you employ, resources will be limited, and opportunities rare. So don’t waste them.

Stealth, ambush-based combat. Try to outsmart and outwit all the horrifying creatures you’ll be facing, as they are way stronger and you don’t stand a chance in a direct assault;

Diverse, challenging opponents. From werewolves to vampires, all monsters have their unique attacks and skills and can easily see, hear, or smell you from a distance. So be careful not to reveal your position too early;

Stamina-based characters. Cautiously manage your energy level between attacking, moving and casting spells. In the end, you’re only a human and running out of energy will seriously fatigue you;

A grim world plunged into half-darkness. In this world our god has finally turned his back on us, and his corrupt presence can change the intensity of the battlefield: from summoning monsters, through changing the weather, to transforming creatures into powerful avatars of his will;

A vagabond’s exploration system. Travel the world, bringing your mobile base along with you. Take shelter in and manage your camp, but be wary of enemy ambushes;

A unique fusion of dark Victorian fantasy and the Wild West. Immerse yourself in a world completely different from the one you know – a universe shaped by struggle, where mankind has not had the freedom to develop or advance any of its technology.

For those that want to get an early look at Alder’s Blood, a prologue demo can be accessed on the Switch eShop.