Wallachia: Reign of Dracula launches on Switch next week 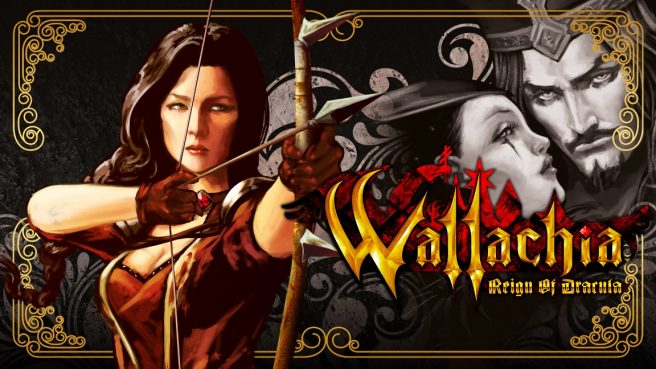 The retro-styled action platformer/shooter Wallachia Reign of Dracula is heading to Switch next week, according to an eShop listing. A digital release is planned for October 29.

Here’s an overview of Wallachia: Reign of Dracula, along with a trailer:

▪ 100% of retro,
▪ 100% of action,
▪ 7 action-packed levels,
▪ story based on Vlad the Impaler,
▪ waves of enemies to fight,
▪ bosses that won’t give you a chance,
▪ minigames, unlockables and bonuses (e.g. exclusive bonus from Bloodstained Ritual of the Night),
▪ full English voiceover by professional actors (Kira Buckland and Robert Belgrade),
▪ unique & ultra ambient soundtrack!

The game will challenge your reflex, aim and agility skills.

Watch out for enemies attacking you from every direction, hidden traps and ruthless bosses!

You will enjoy a unique soundtrack and story revolving around the one and only true vampire – Vlad the Impaler.

Thirsty for some blood?
Then get ready for a brutal, yet satisfying adventure!
Travel through the land of Wallachia and face the forces of Vlad Dracula!

Wallachia: Reign of Dracula will cost $14.99 on the Switch eShop.