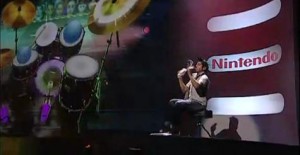 The big question when Wii Music was announced was whether or not the title would see the same success that Wii Sports and Wii Fit have experienced. After all, Wii Music follows in the steps of the other two titles in that they’re simple and casual fun that anyone can pick up and play. First day sales of Wii Music from Japan are in, and the numbers should be fairly encouraging for Nintendo. According to Enterbrain, the game has sold about 50,000 copies in its first day. That’s not too shabby at all, and there’s a chance that Wii Music may top the charts in Japan next week.