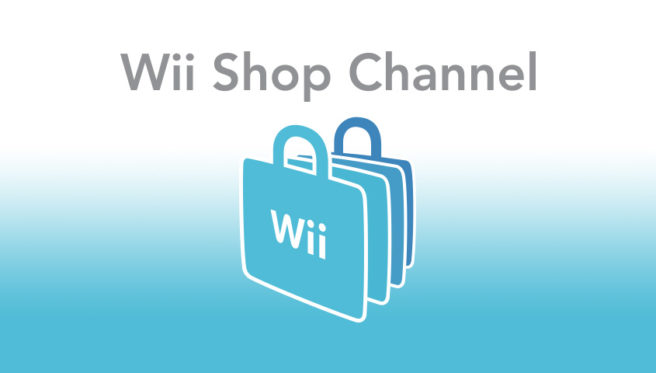 It’s the end of an era for Nintendo, as the Wii Shop Channel is announced to be closing in 2019. This was the first notable store built in to a Nintendo console.

Following up on the news about the closure, Nintendo published an official FAQ about the Wii Shop Channel’s end. The company comments on why it will no longer be supporting the store, among other topics. You can read the full FAQ below.

Why is Nintendo no longer supporting the Wii Shop Channel?

Can users still play WiiWare games that they already purchased?

Yes. The ability to re-download WiiWare and Virtual Console games will also stop at some point. We will announce specific details as that time approaches.

When will all Wii Shop Channel services (including the ability to re-download) be terminated?

Users will be able to add Wii Points until March 26, 2018, and purchase content on the Wii Shop Channel until January 30, 2019. In the future we will be closing all services related to the Wii Shop Channel, including the ability to redownload WiiWare and Virtual Console games, as well as the Wii System Transfer Tool, which transfers data from Wii to the Wii U system. We will announce specific details as that time approaches.

What happens to Wii Points that haven’t been used?

– We encourage people to spend any unused Wii Points before January 30, 2019, after which it will no longer be possible to purchase content from the Wii Shop Channel.
– Refunds of Wii Points are not possible.
– Wii Points cannot be used to fund a Nintendo eShop account or Nintendo Account.

How can users transfer WiiWare and Virtual Console content to a newer system?

– For details on how to transfer Wii Shop Channel content to a Wii U system, please see this support page.
– Please be aware that the ability to transfer will be removed at some point in the future. We will make an announcement with specific details as that time approaches.

Will users still be able to purchase WiiWare games after the Wii Shop closes?

Some WiiWare games are available via Nintendo eShop on Wii U systems. Be sure to check out the Virtual Console offerings on Nintendo eShop for your favorite classic games.

What impact will the Wii Shop closure have on my VOD (Netflix, Hulu, etc.) service?

We have nothing to announce at this time.