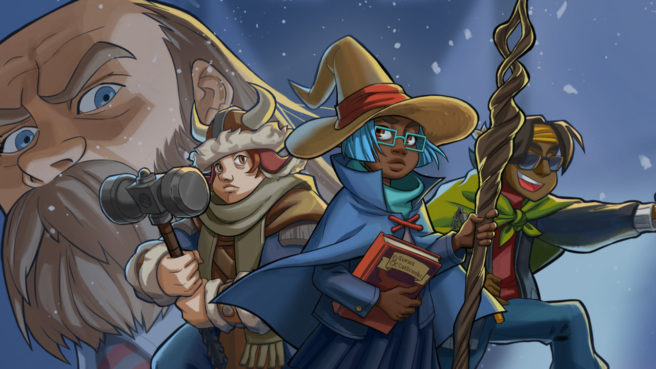 Publisher Versus Evil and developer EVC have set a release date for the tactical RPG Wintermoor Tactics Club. It’ll launch for Switch as an eShop download on September 10, the two sides confirmed today.

Wintermoor Tactics Club is a tactics RPG with a narrative inspired by visual novels, set in high school during the 1980’s, and combines its contemporary setting with tactical fantasy RPG combat.

In their exploration of Wintermoor Academy, players will write tabletop campaigns to help students overcome their personal problems, and discover their fantasy selves as the club grows. All of which is tempered by a warm and light hearted approach, and earnest sense of humor, a core pillar of the game’s tone and presentation.

The story will unravel the sinister truth behind the War of the Clubs as players look to break down the walls of high school cliques, make new friends and unlock their true potential. With dozens of unlockable upgrades and seven playable characters across more than 40 battles, Wintermoor Tactics Club merges a highly visual story with customized tactical combat.