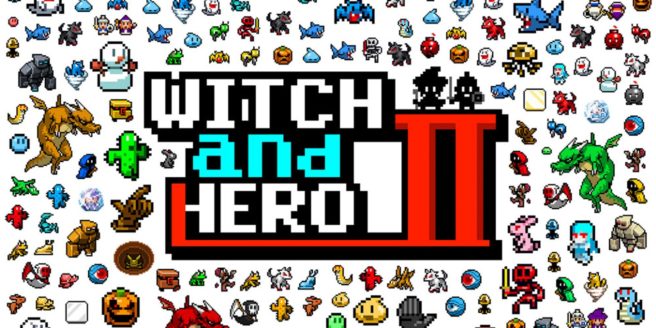 Witch & Hero 2 is making the jump from 3DS to Switch, a Japanese eShop listing reveals. Flyhigh Works will publish the game on December 19 with English support.

Here’s an overview from the 3DS release, along with a trailer:

To save the lost witch and hero from the demon lord, the little witch and little hero get to fight again!

Witch and Hero 2 is an action game that controls both little witch and little hero at the same time.

The little hero is physically strong and stands up forever no matter how many times he’s beaten. The little witch is weak physically so when the game is over when she’s down.

Clear the stage by defeating the boss at certain times in the stage, aim to revenge the demon lord at last.