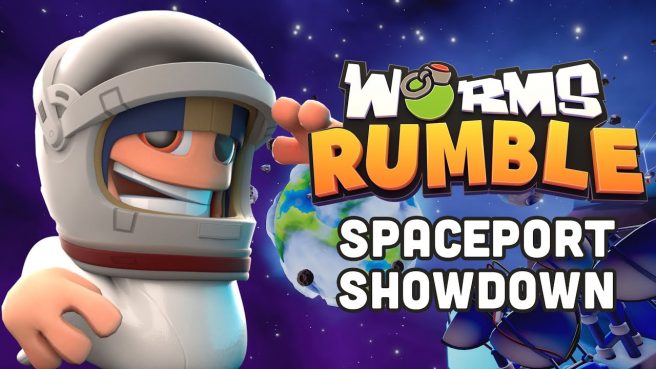 Alongside the release of Worms Rumble on Switch, the game is receiving a new arena on all platforms today. Spaceport Showdown is out today – including on Nintendo’s console.

Team17 details the level with the following overview:

Set far above the stratosphere, the Spaceport Showdown features a new, randomly generated, low-gravity mechanic that slows the action down during battle and joins the existing available maps: Deadly Dockyard, Battlegrounds Bank, Missile Mall, Portal Park, and Transforming Towers. New 1extra-terrestrial premium skins, banners, and emotes will help acclimatise the weapon-toting annelids to their new surroundings. A free exclusive outfit, the Series Green Hoodie, will be available to Xbox players, while those on Nintendo Switch can enjoy the free Patchwork Bear outfit.

We have a trailer for the Spaceport Showdown arena in Worms Rumble below.