Wulverblade version 1.1 out tomorrow; Switch sales “way beyond all the other systems combined” 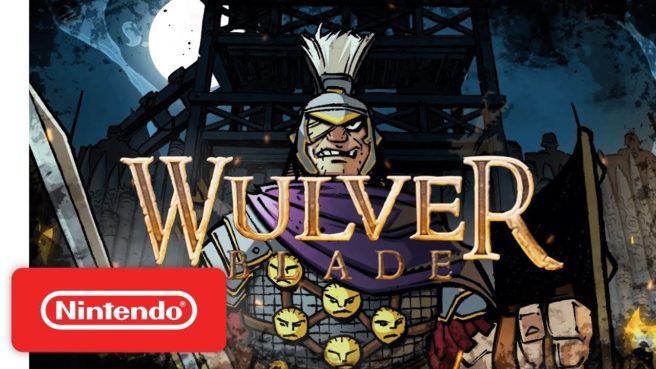 Wulverblade has a new update ready to go tomorrow. Version 1.1 will be available in North America and Europe, comprised of various new features and improvements.

The full patch notes from Fully Illustrated’s Michael Heald are as follows:

+ Easy Mode – It was a tough at first as we were getting other feedback saying that the game was too easy. So this patch now gives you an easier mode to play with which includes…
+ Boss Checkpoints – The other big request was boss checkpoints. For the folks struggling with the difficulty the check-pointing was making things even harder, so there is now a checkpoint before each boss in easy mode!
+ BEAST mode – This is the extra mode that is currently locked on the main menu. Once you’ve complete the game this unlocks and, well, let’s just say you’ll be wanting to play the game through again! For those that have completed the game on other systems and had access to this mode, they’ve loved it and we hope you do to. It’s seriously good fun!
+ Performance boost – We’ve been able to reduce the loading times between levels! We’ve also boosted the frame rate in a many areas too.
+ Missing achievements – A few folks had mentioned that their achievements had disappeared. Worry not, they’re not gone, they just weren’t visible due to a small glitch which has now been quashed.
+ Bug fixes – We’ve addressed all the known bugs in the game and they should all now be gone.

Heald has also outlined strong sales of Wulverblade on Switch:

“Switch sales were MUCH higher than the other systems. In fact, Switch sales are way beyond all the other systems combined! And last but not least, one stat that still blows us away is that we don’t foresee Steam’s year one sales even matching Switches DAY 1 sales! The Switch certainly has proven to be a fab system for us. We’ve not got a point of breaking even yet but sales have been good in general and it’s just a joy to hear people’s enjoyment of the game.”

To celebrate the new update, Wulverblade will be on sale in North America for 33% off during a one week period starting today. The same discount will be extended to Europe a week or so later.