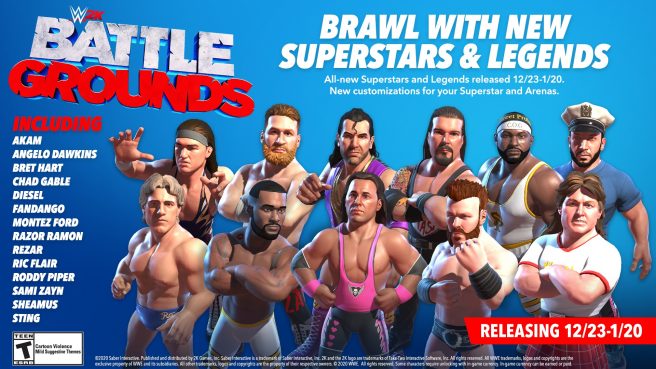 Players can look forward to the next roster update starting December 23, which features 14 new WWE Superstars and two new arenas.

You can find the full lineup of upcoming WWE Superstars, Legends, and Hall of Famers plus new arenas below. They will appear via automatic updates, with some content requiring unlocking.