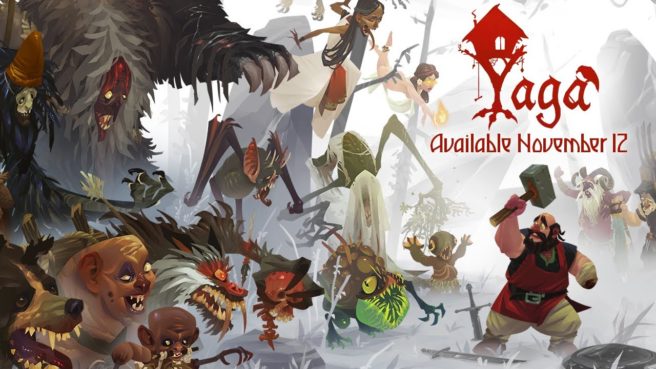 Publisher Versus Evil and developer Breadcrumbs have dated the action RPG Yaga. It’ll be out digitally on November 2, the two sides announced today.

Here’s an overview of Yaga, along with a trailer:

Play as Ivan, a one-handed blacksmith cursed with incredible bad luck. Ivan is caught between a Tzar giving him impossible tasks, a mysterious witch who wants to manipulate him, and his grandma who wants him to find a wife. Start your journey in an action RPG where the story and characters react to the way you role-play your character.

– Building a reputation through roleplaying results in different interactions with villagers and NPCs, unlocking secrets, trading options, or bestowing game-changing curses or blessings upon the player character.
– Pagan beliefs and superstitions are key to unlocking hidden secrets, getting house spirits on your side, or avoiding the powerful curses of unclean creatures.
– Fateful Crossroads between levels allow the player to influence the difficulty, challenge and level generation of the game
– Discover and combine lots of talismans and artifacts that change the player’s abilities and the gameplay
– Craft and upgrade an arsenal of weapons and tools to aid you in your journeys.
– Unique Soundtrack featuring underground folklore band Subcarpați.

Although we don’t have pricing information, Versus Evil says Yaga will be 20 percent off while pre-orders are live.