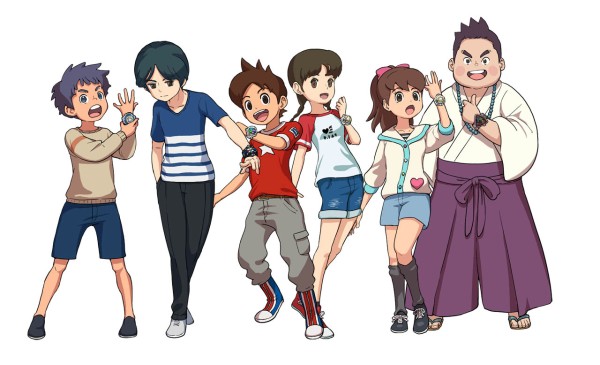 As part of the lead up to Yo-Kai Watch 4, developer Level-5 has put out even more info on the yo-kai world confirmed for the game — as well as details on playable characters, the yo-kai befriending system, and some new yo-kai.

Thanks to Gematsu, a translation of the information is now available and can be viewed below.

Yo-makai, where the yo-kai live, is the fourth world that Keita and company can adventure to in Yo-kai Watch 4. Players will be able to walk the wonderful and dazzling city streets that appeared in Yo-kai Watch the Movie: Forever Friends. ■ 03. Befriend Yo-kai with the Konkatsu

Yo-kai Watch 4 uses an all-new system for befriending yo-kai called “Konkatsu” (Soulmatching). Konsaru is a mysterious yo-kai that will introduce you to yo-kai you can befriend, but… there seem to be various conditions that must be met in order to be introduced. Look forward to more information about this system in a future update. Here we will introduce more of the new yo-kai that appear in Yo-kai Watch 4. A yo-kai that possesses people who apologize even when they did nothing wrong. A mischievous yo-kai full of curiosity who is always looking for someone to play with. This yo-kai usually conserves its energy, but unleashes its thunder when it gets angry. A gratuitous yo-kai who is said to forecast good omens when it bangs the pot on its head.

If you have a Yo-kai Ark or Yo-seiken, special things will occur in the game. The effect varies depending on the Ark:

Obtain a key for use in the game. It might be something good depending on the rarity. By collecting several, you can obtain special items in the game. Obtain a key that triggers something miraculous in the game. The game can also be linked with the “Jibanyans & Nekomata Crystal Yo-kai Arks” included with the physical edition of Yo-kai Watch 4 (while supplies last). By having the game read the Arks, you can obtain the exclusive, Jibyans-themed weapon, “Triple Nyanckle.”