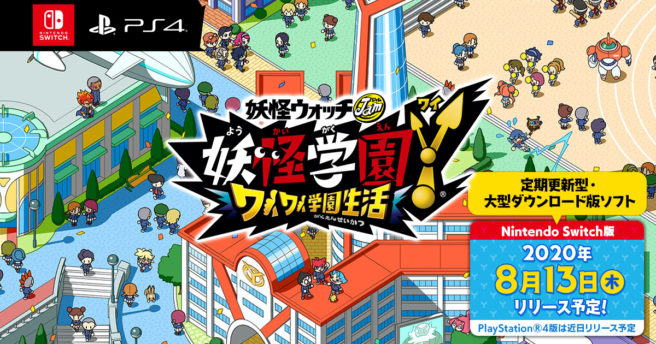 Yo-kai Watch Jam: Yo-kai Academy Y – Waiwai Gakuen Seikatsu has received a final release date. The school life RPG will launch digitally via the eShop on August 13, Level-5 has announced. It’s unclear if there will be a physical version at some point.

Initially, the game will only feature single-player content. However, additional updates will follow, including the addition of a multiplayer mode.

Players will be able to purchase the following downloadable content:

Alternatively, all of the DLC can be bought through the “DX Admission Set” for 6,300 yen. The game itself costs 4,800 yen.

Here’s a new batch of commercials: