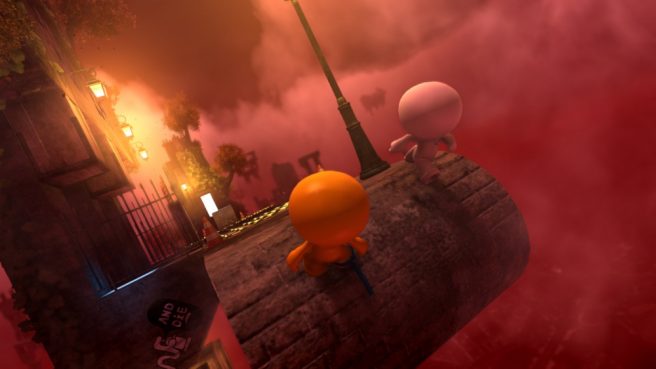 Youropa made its debut on Switch this week after it was announced three years ago, and we have gameplay. A half hour of footage shows the platform puzzle paint adventure.

For more on the game, read the following overview:

When Youropa is torn apart, you must walk the walls in a strange fragmented city, in order to restore it and learn who you really are. A platform puzzle paint adventure about breaking rules, being upside down and thinking outside the box.

Walk upside down, on walls, in fact walk anywhere you can get to. Your suction cup feet let’s you stick to any surface. You will unlock new abilities, encounter physical puzzles, secrets, ferocious enemies, paint your character and much more, in an abstract but logical universe that challenges your perception of the third dimension.

In Create Mode you can build your own levels while playing them. And you can share your levels and character designs with other players.

Have a look at the Youropa gameplay on Switch below.