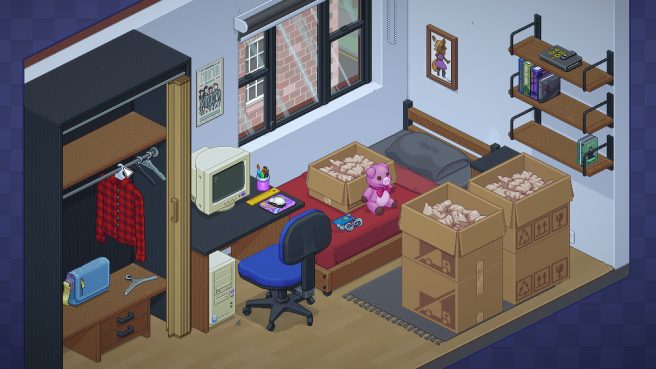 Assault Android Cactus+ developer Witch Bean has announced that its upcoming project Unpacking, a zen puzzle game, is in the works for Switch. The title is tentatively planned for 2021.

We have the following overview and trailer for Unpacking:

Unpacking is a zen puzzle game about the familiar experience of pulling possessions out of boxes and fitting them into a new home. Part “item Tetris”, part home decoration, you are invited to create a satisfying living space while learning clues about the life you’re unpacking. Over the course of eight house moves, you are given a chance to experience a sense of intimacy with a character you never see and a story you’re never told.

– Unpack a home — from a single bedroom to an entire house
– Meditative gameplay with no timers, meters or score
– Explore domestic environments with all their nooks and crannies while you stack plates, hang towels, and arrange bookshelves
– Discover a character’s story through the items that come with her to each new home (and the items that get left behind)
– Soundtrack by BAFTA award-winning composer and audio director Jeff van Dyck