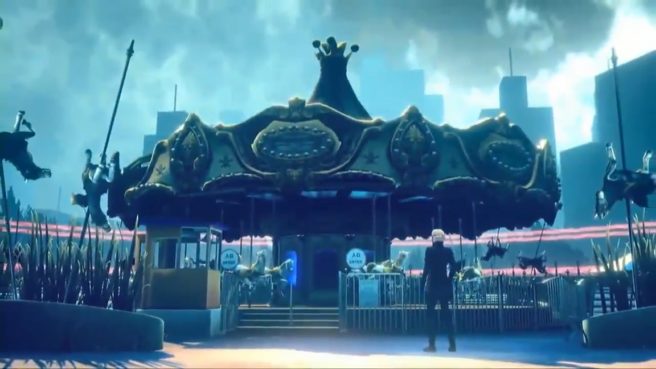 During a panel at Anime Expo today, Zero Escape creator Kotako Uchikoshi finally revealed his newest game. It’s been announced as AI: The Sominum Files, a detective adventure title set in modern Tokyo in which you investigate the mystery behind a series of murders.

Here’s the first round of information and the debut teaser:

– This was Project: Psync first teased at GDC last year
– Some areas in Tokyo are more technically advanced than they are now
– Starts out with a bizarre murder case
– Left eye has been gouged out of the skull
– Play as a detective on the trail of a serial killer
– Adventure game/visual novel as fans have come to expect
– Main character is named Date
– His two eyes are different colors
– Left eye is an artificial eye; has an AI unit within it, uses tech within it to solve crimes
– If he finds a key witness/suspect, Date can go into their memories and extract memories
– These are like dreamscapes
– Delve into dreams in search of clues
– “AI” in the title is pronounced like “eye”
– Eye is a theme of the game
– “Ai” also means “love” in Japanese
– Love is another theme of the game
– Character design: Yusuke Kozaki (No More Heroes, Fire Emblem, Pokemon GO trainer designs)
– Another main character: Iris
– Iris is an 18 year-old high school student
– She makes viral videos including “Let’s Plays”