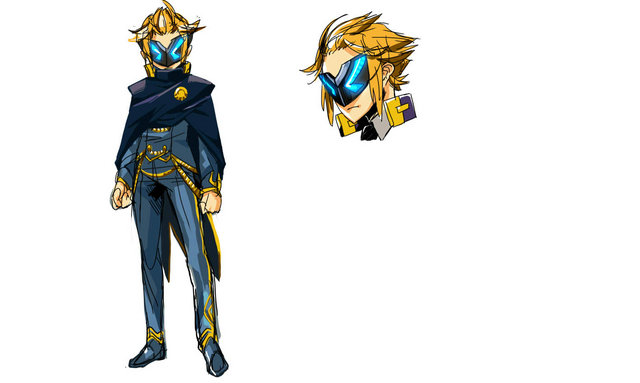 During the Portland Retro Gaming Expo, Inti Creates president Takuya Aizu was on hand to show new footage from Azure Striker Gunvolt 2. Attendees also got a look at a new boss and song.

– Is a 3DS exclusive for the time being
– More footage might be coming around summer of 2016 (very tentative)
– Some playable version of the game also may be released in summer (very tentative)
– There will be more stage-mashup (Gauntlet) levels in Gunvolt 2
– Will re-use pixel art assets from the first game
– The resolution and graphics are also planned to be the same
– The transition from GV1 to GV2 will reportedly be similar to the first and second Mega Man Zero games
– No word yet on whether Dullahan will be back
– The sequel will be around the same length as the first game: around 8-10 hours
– There might be an actual, happy ending in GV2
– There will evidently be “something surprising” in the game’s story
– The checkpoint markers in the trailer apparently look “Copen style”
– The gameplay in the trailer looks very much the same as the first game