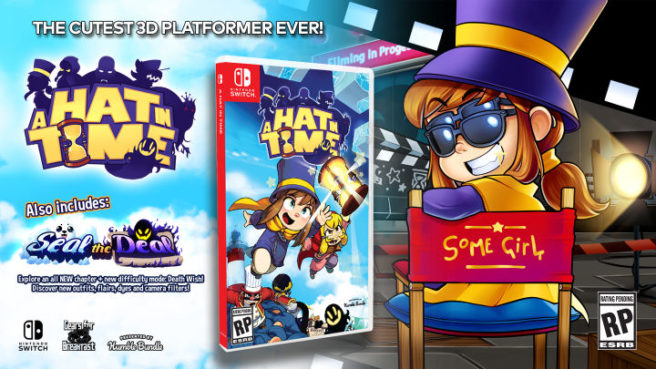 The physical release of A Hat in Time will take slightly longer than expected to release on Switch. It was originally set for October 18, but has since been pushed back to November 8. A manufacturing delay resulted in the extra time that was needed to produce units.

Note that the digital version of A Hat in Time is unaffected. It will launch via the eShop as planned on October 18.

More: A Hat in Time, Gears for Breakfast, Humble Bundle