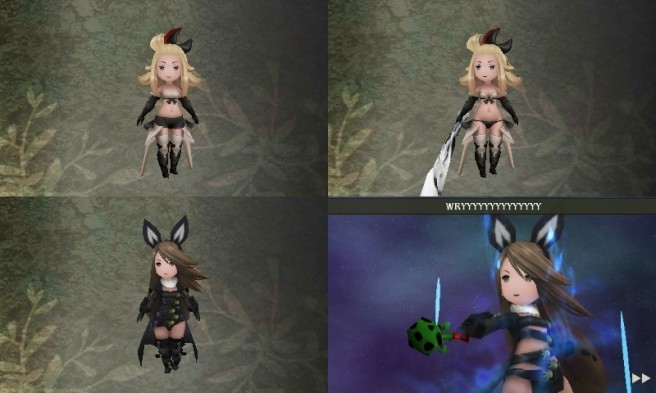 While it’s nothing too major, Bravely Default’s overseas release has made a few small changes to the game’s female characters. Some costumes cover up the females a bit more – as you’ll notice in the image above. Additionally, Bravely Default ups the age of some characters.