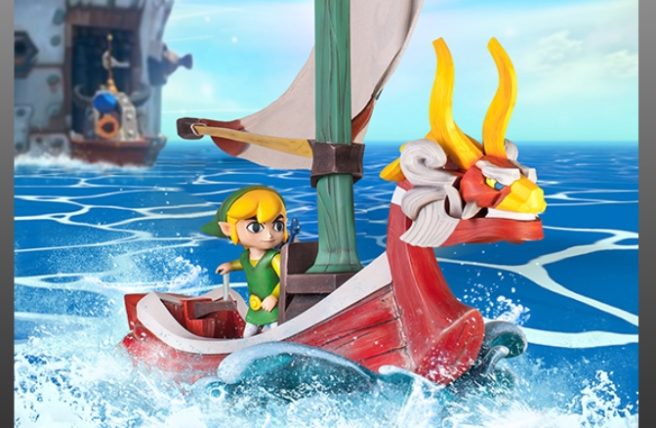 First 4 Figures has revealed its latest effort: a new item featuring Link on The King of Red Lions. With it standing at 25 inches tall from the tip of the mast to the base, the statue is one of the largest pieces in the Zelda line from the company. It’ll come in deluxe full-color packaging, a hand numbered base, and an authenticity card that allows you to purchase the same product number for future pieces in the Wind Waker series.

Like usual, there are two versions of the figure: standard and exclusive. In the exclusive version, bright LEDs pulse rhythmically, giving the impression of flowing water.