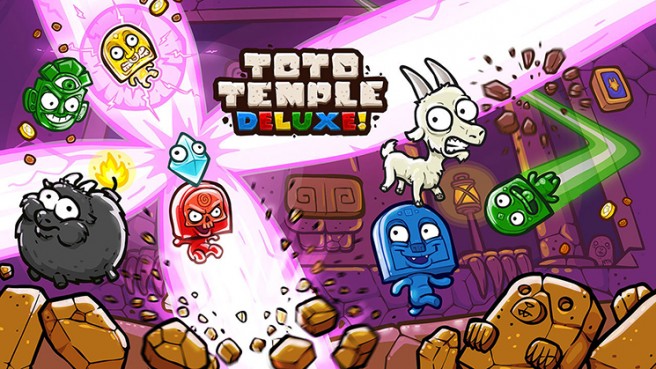 In a new developer blog, Juicy Beast stated that Toto Temple Deluxe “didn’t sell very well”. The developer shared some potential reasons as to why the game didn’t perform as well as the studio had hoped.

Here’s a notable excerpt from the piece:

There’s a good possibility that the game didn’t have good enough “hooks” to captivate people’s attention. Sure, “fighting your friends to put an egg-laying goat on your head” sounds funny and weird, but it doesn’t really give you a clear idea of what it’s like to play Toto Temple Deluxe.

At the end of the day, we think the biggest factor is because it’s a local-multiplayer game with no online play. The game is aiming at a pretty niche audience by requiring actual human friends to play, and we can’t ignore the impact it has on sales. A quick look at comments on YouTube, Reddit and such, and it’s obvious that a lot of people are simply not buying the game for this very reason (that along a lack of solo experience).

On top of all this, we also think the game came out almost 2 years too late. Back in 2014, when the local-multiplayer boom was happening, Toto Temple Deluxe’s development felt more logical. Today, it feels a bit out of place, as we think a lot of player might have bought popular local-multiplayer games in the past, then realised that they would play them less and less frequently. We definitely can’t blame them, since it’s pretty much the same for us.

There’s plenty more about the creation of Toto Temple Deluxe in Juicy Beast’s post. You can read the full thing right here.