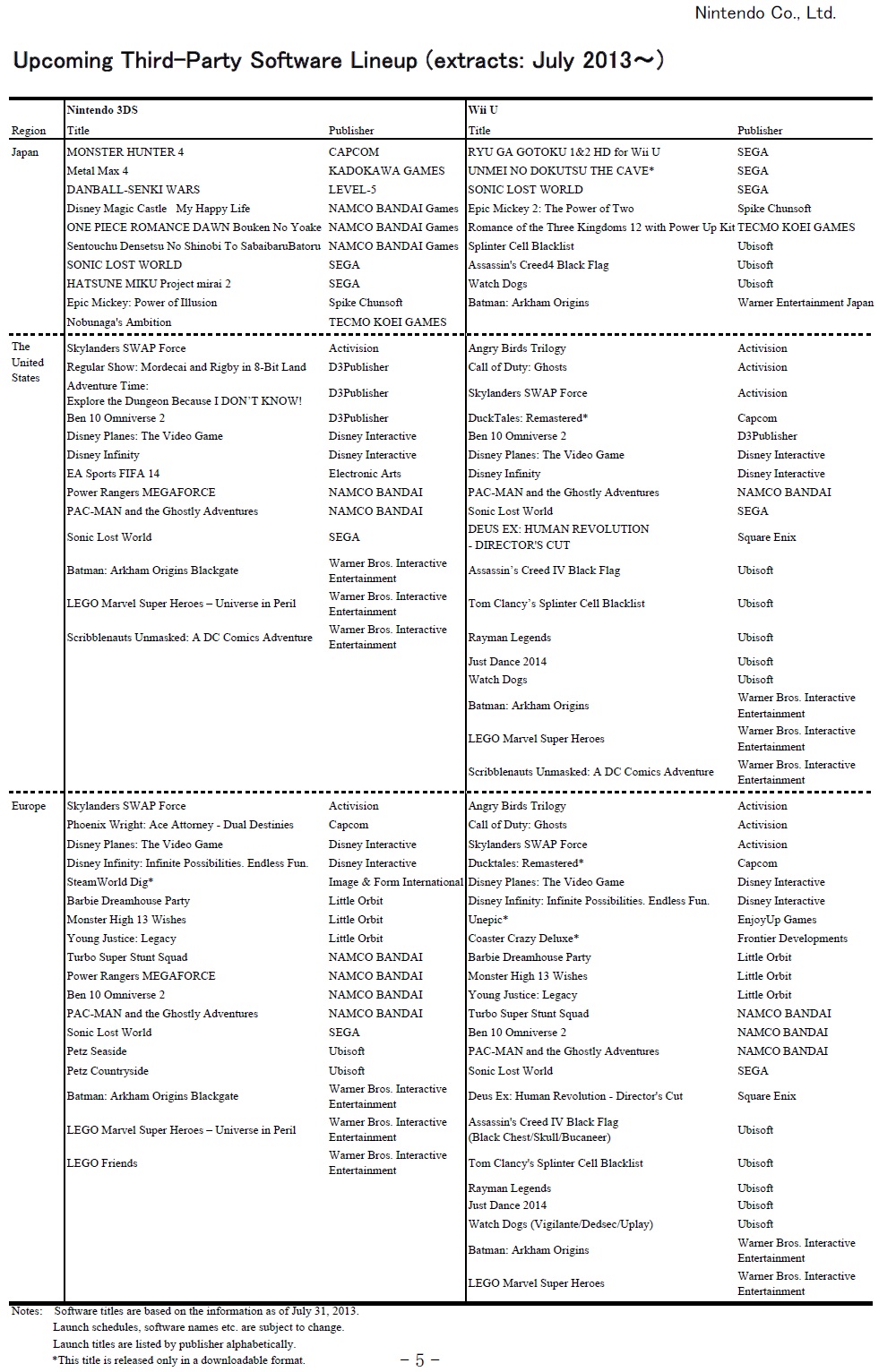 Once again, we have a look at Nintendo’s most up=to-date release schedule thanks to items provided in the company’s latest NPD report. There aren’t too many highlights this time around, but one release window in particular does stick out.

When Nintendo announced Bravely Default for the west a few months ago, the plan was to have it out in Europe before the end of 2013. Now, like North America, it would appear that the 3DS RPG won’t be available until next year.