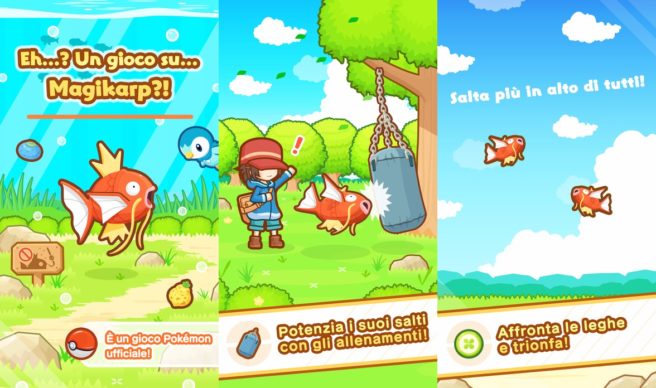 The release of Magikarp Jump, the latest Pokemon mobile spin-off, has been weird, to say the least. After its initial reveal, there had been near-total radio silence on the game – until the game was suddenly released last week, but only on Italian mobile storefronts, for some reason. It seems like the game’s international roll-out is now slowly picking up steam. The game will be released on Japanese Google Play and iOS stores tomorrow, May 23rd. Releases in other countries haven’t been confirmed yet, though it likely won’t be too much longer until the game is out in most major countries.