Monster Boy will be on a Nintendo console 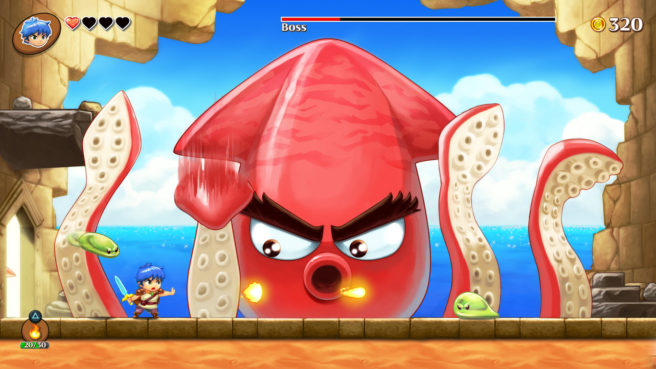 Monster Boy – not to be confused with Wonder Boy: The Dragon’s Trap – was announced earlier in the year. The side-scrolling adventure will let players transform into different animals to solve puzzles and progress through the world.

“A legendary game series returns with an all-new adventure! Monster Boy is a colourful side-scrolling action adventure created in cooperation with Ryuichi Nishizawa, the creator of the Wonder Boy* Monster World* series (* Trademark of SEGA Corporation Japan). Monster Boy is being created to bring back the enjoyment of classic games that shine by simplicity. Pure, exciting gameplay; upbeat music and smooth graphics. You’ll need to overcome huge bosses, find hidden passages, discover powerful equipment and use all your wits and skills to remove a powerful curse. Monster Boy can transform into 5 different creatures, each with their own skills and abilities. Take advantage of all the unique powers to open new paths and advance in an epic story. Monster Boy is a love letter to gaming from the 80’s and 90’s – will you join us and celebrate together with us?”

Monster Boy will be playable at Gamescom later this week. It should be out later this year.