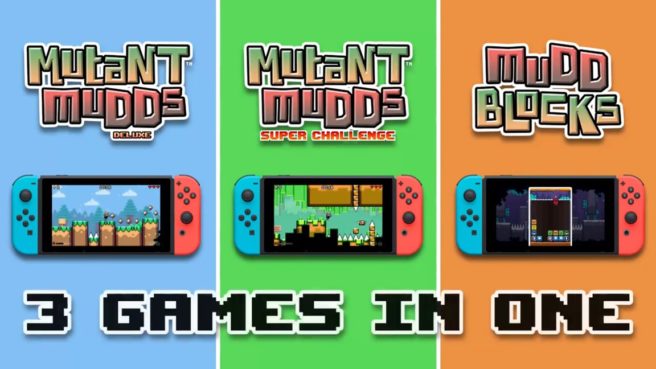 Atooi has clarified its plans for Mutant Mudds on Switch. Later this year, the developer will be bringing Mutant Mudds Collection to the eShop.

Here’s what we know about Mudd Blocks:

– Max has to take on the mutant mudd threat in block form
– Throw water bombs at the mutants to get rid of them, or use multicolored mudds against themselves
– Single player, two player co-op, and two player competitive options
– Unique modes like Numbers and Rescue

IGN confirms that all three games will include online leaderboards. Mutant Mudds Collection launches on Switch in Q4.