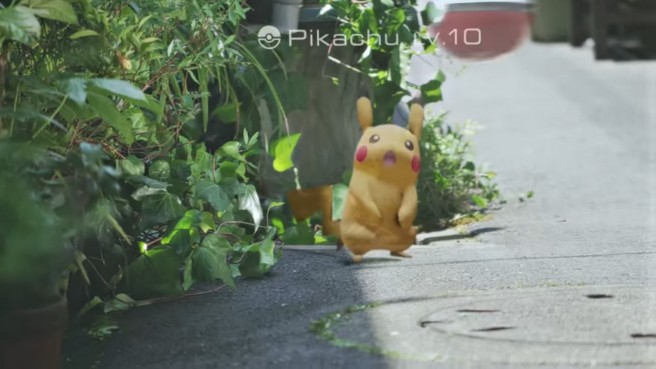 Pokemon GO data miners are up to their usual tricks, and have uncovered some previously-unknown information about the game by peering through its files. The latest information concerns the level cap, tidbits about currently uncatchable Pokemon, and more.

Here’s the rundown from Pokemon Fortress:

– The Trainer Level Cap is 40.
– Egg’s cap at Level 20, so if you get an Egg at Level 37 it’ll still hatch at the same quality as if you were level 20.
– Wild Pokemon cap at Level 30, meaning after Level 30 everyone will find the same max CP Pokemon and it’ll be a matter of spending the candy and stardust to upgrade them to your level’s cap based on their CP arc.
– There is an achievement/badge rank above gold.
– Curveballs and Accurate Throws (Nice, Great, Etc) have been confirmed as helping with the capture chance of a Pokeball throw.
– There may be future Incubators that reduce the amount of kilometers needed before they hatch. (There is an incubator called “distance” in the code)
– Moves have an Accuracy and a Critical Hit Rate.
– Each unique Pokemon has it’s own Capture and Flee rate.
– Move Damage may go up with Trainer Level.
– Pokemon do become harder to catch as you level up.
– Mewtwo, Moltres, Zapdos, Articuno are Legendary.
– Mew is Mythic.
– Farfetch’d is out there… somewhere. As is Ditto.
– The Charge Meter is filled 0.5 for each 1 HP of damage dealt. This means a super effective move that does more damage will charge the special attack faster – that is actually really important to know.
– To level from 39 to 40 takes five million experience, and going from 1 to 40 takes twenty million.
– Pokemon have a base Attack, Defense and Stamina (HP) – thus they do not have a Attack and Special Attack stat like in the 3DS games.
– Dragonite has the strongest base attack for non-legends, at 250.
– Mewtwo has a base attack of 284.
– Moltres has the highest base attack of the three legendary birds.
– Articuno has the highest base defense of the three.
– Zapdos is almost as high as Moltres in base attack but is likely lower due to Type Advantage.
– Pokemon have an evolution modifier AND a HP modifier when they evolve both CP and HP go up a set multiplier.
– Defending Pokemon at a Gym attack every 1.5 seconds.
– The Master Ball is in the game, no clue where it is found.
– The Legendary Pokemon do have a spawn rate, but they have no capture rate
– STAB is present in the game, giving a 25% Bonus to an attack move. STAB stands for “Same Type Attack Bonus” and means if a Grass Pokemon uses a Grass move it will hit harder than if a Ground Pokemon used the same Grass move. This is a big deal confirmation.