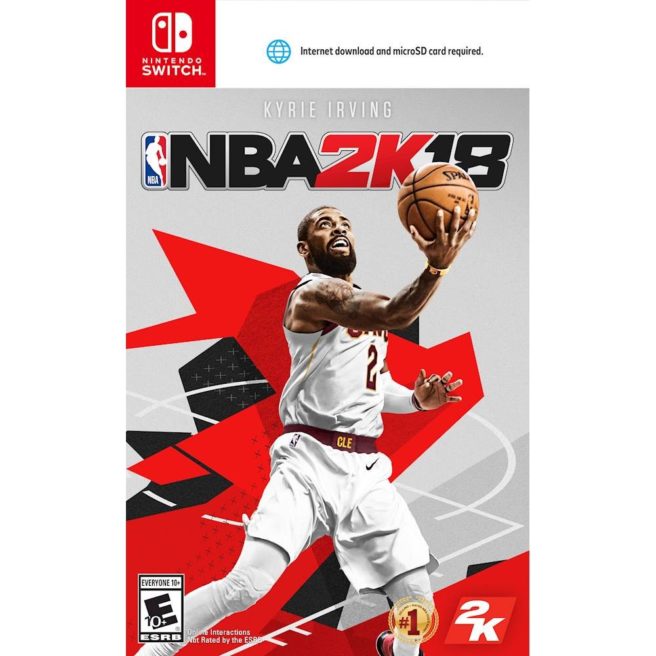 Earlier today, Nintendo announced a partnership with Western Digital for specially-branded Switch microSD cards. Perhaps that’s in part due to a requirement from some upcoming games. According to Nintendo, “a microSD card will be needed for certain Nintendo Switch games that contain an especially large amount of content and require additional storage for players to enjoy the full experience.”

A Nintendo of America representative told IGN that boxart will be sure to inform consumers about the memory card requirement on the front and back of packaging. This includes NBA 2K18, which is pictured above. The eShop will also continue to let buyers know about file sizes.

Most important, games having the requirement about additional memory card space will still allow those without a microSD card to play portions of those games.

Nintendo said in a statement:

“If you purchase a physical version of a game that requires an additional microSD memory card, you will be able to play a portion of the game right out of the box (for example, specific levels or modes). To enjoy the full game, downloading additional data is required. Depending on the storage requirements for each game, it may be necessary to purchase a microSD card to expand storage space. When purchasing a digital version of the game, it may also be necessary to purchase a microSD card depending on the game’s storage requirements and the storage available on the consumer’s Nintendo Switch console.”