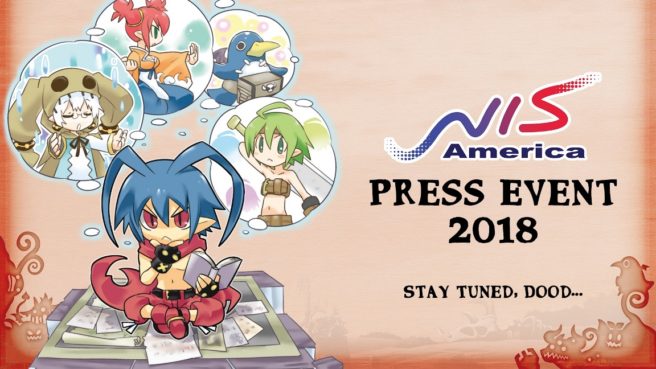 NIS America has announced the return of its annual press event. This year’s show will take place on February 9, and will feature “very special guests” as well as “new announcements”. Oh, and “hands-on access” for the press.

NIS America could confirm a release date for Fallen Legion: Rise to Glory next month. We wouldn’t be surprised if there were some brand new Switch announcements, too.

The 2017 press event was live streamed on NIS America’s Twitch channel. It isn’t clear if there any plans for the same broadcast this time around, however.