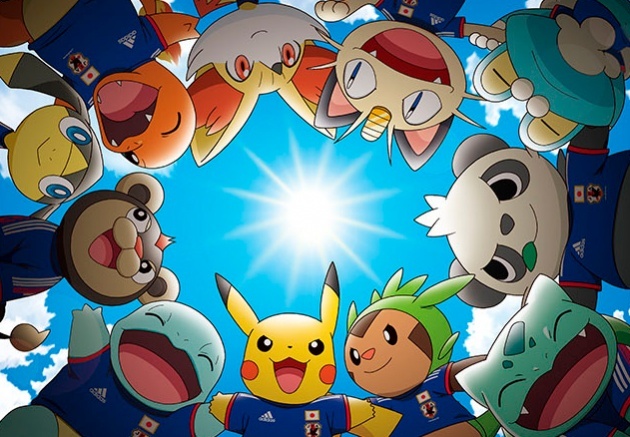 Pikachu, as well as a bunch of other Pokemon, are acting as Japan’s mascots for the 2014 World Cup. Adidas is the official kit designer for the Japanese national team, and announced its relationship with Nintendo earlier today. All of the Pokemon are dressed with the “Samurai Blue” kit gear.