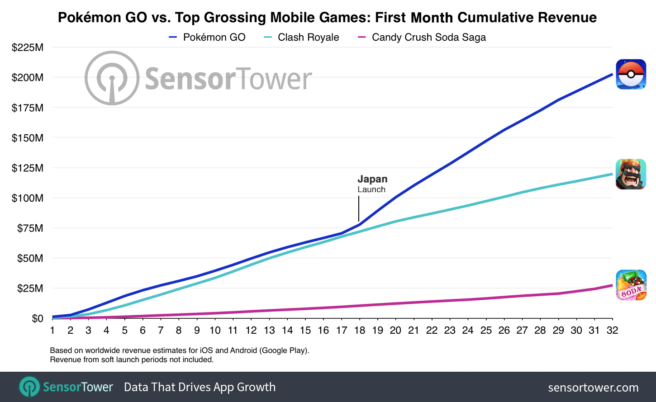 Based on its estimations, Sensor Tower reports that Pokemon GO has generated over $200 million net revenue worldwide. The app managed to do so during its first month of availability across iOS and Android.

Pokemon GO has performed better than Supercell’s Clash Royale and King’s Candy Crush Soda Saga, two huge mobile downloads. The chart above shows that Niantic’s game earned more revenue through the first month. We’re also able to see how Pokemon GO took off even further once it arrived in Japan.

Sensor Tower also notes in its report that Pokemon GO players are still using it for about 26 minutes each day.