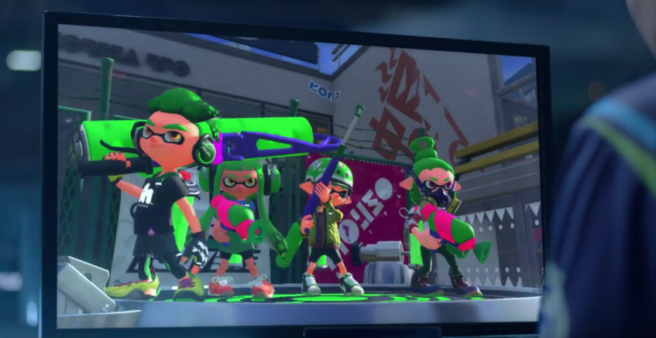 Laura Kate Dale has been publishing regular updates about Switch. Today, she’s come out with an extensive, unconfirmed post about the system’s software lineup.

As we’ve heard throughout the week, Zelda: Breath of the Wild will not be available in time for Switch’s launch. Even though we apparently won’t be seeing it until a few months after the system launches, Nintendo still intends to release the game on Wii U.

Moving on to another big title, Dale writes that the new 3D Mario title for Switch is coming to all regions at launch. It’s said to “feature a 3D open world hub from which different worlds can be selected, with multiple objectives to complete in each, much like Mario 64 or Mario Galaxy.” The site is sharing that information even though it may seem obvious “to specify that this will not be a Super Mario 3D World-style game where the action is in 3D, but each stage is a linear path designed to be completed a single time.”

Multiplayer functionality in Mario Switch “will be a co-op version of the main game, with both players able to work together toward objectives, but with a form of tether to keep the players from going too far from each other. Player two’s gameplay will not hold player one back from progress, but player two can be the one to complete an objective and be shown as receiving the level end reward. A screen will then show how much of the progress toward that success was down to each player, like how many red coins each player collected in a red coin stage.”

Unsurprisingly, Dale reports that Mario on Switch will have a playable demo ready in January.

Splatoon was another game shown in Switch’s announcement trailer. Nintendo is supposedly planning on bundling a new version of the game with the console’s more expensive SKU. The game will include “a 1 vs 1 mode where two players on separate Switches can fight over a map, switching their weapon of choice at will mid-game.” More single-player content will be added, and it will receive regular content updates like the original Wii U game.

Finally, while Bethesda isn’t officially confirming it, The Elder Scrolls V: Skyrim should be heading to Switch. It will be out at launch, will “mirror the recent remastered version of the game, and to allow mods at some time post-launch.” When mods are made available, they “will be limited to mods made using existing in-game assets” similar to the PlayStation 4 release.