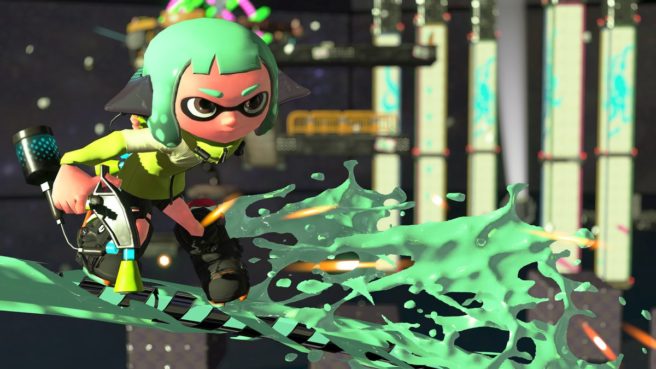 An important piece of Splatoon 2 news was burried in Glixel’s new interview with producer Hisashi Nogami and programming director Shintaro Sato. At one point, Sato spoke about a new mode in the game known as “League Battle”.

“There’s also a new mode in Splatoon 2 called League Battle. This will be a mode that players can play either in groups of two or four, and it will present you with a two-hour period in which your group competes with other groups to see how many points you can earn. Because the results of that League Battle play will be displayed in a ranking at the end of every two-hour period, we can give players goals to strive for, and hope to encourage them to keep competing and pushing.”