Posted on September 12, 2017 by Andrew in News, Switch eShop 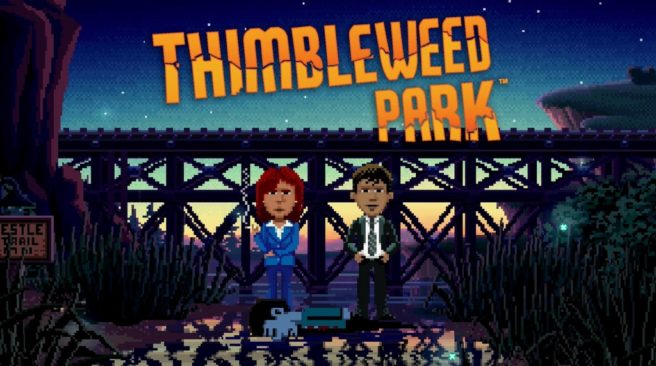 Ron Gilbert, one of the creators of Thimbleweed Park has just announced on his Twitter that the game will be launching on the Switch’s eShop next week on September 21st.

Thimbleweed Park will support both Joy-Con controllers and touch screen controls so you can easily switch between tabletop, handheld, and TV modes. Pricing is set at $19.99.