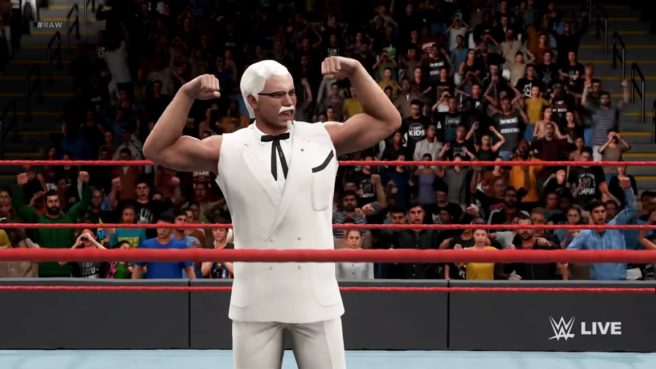 WWE 2K18 is partnering with KFC in a somewhat strange way. In the game, players will be able to create a custom character based on Colonel Sanders. Sanders, of course, is the founder of the fast food chain restaurant and is essentially the official mascot.

Here’s a video promoting the partnership:

WWE 2K18 will be on Switch later this year