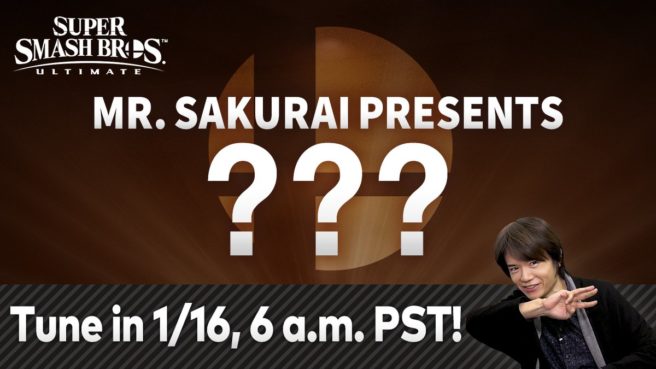 Nintendo will host a new live stream with Super Smash Bros. Ultimate director Masahiro Sakurai on January 16, the company has announced. The presentation will feature “an in-depth look at an upcoming DLC fighter”.

You’ll be able to watch the stream at the following times:

Nintendo hasn’t shared the live stream link yet, but we’ll have it here on the site prior to the start of the broadcast.